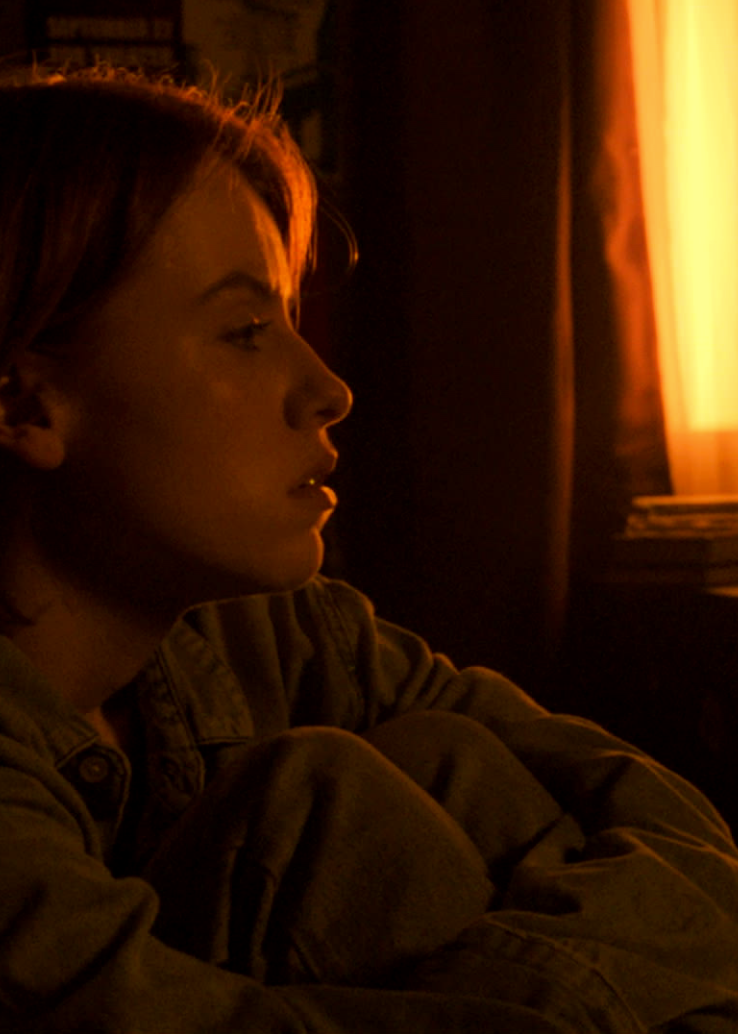 After a long working day, Alan, who is on a business trip finally arrives at his hotel room. A music video from the early 90s is playing on the TV which suddenly ignites his memories, manifesting his childhood room and in it the teenage girl he used to be.

Each in their own world and time, Alice and Alan begin to talk to each other and we are led to wonder what their relationship could be. Their conversation explores self-acceptance, acknowledging the past, and making peace with it.

With Rosie Day as Alice & Danny Steele as Alan

Written and Directed by Amit Jacobi